Chabi Nouri takes the helm from Philippe Leopold-Metzger who has been CEO for the last 36 years.

Woman is going to head Piaget for the first time in the band’s history. The name of the new CEO is Chabi Nouri, described by her colleagues as passionate, energetic and creative person.

Philippe Leopold-Metzger will retire from his position as CEO of Piaget on 31 March 2017 after a career of 36 years in the Richemont Group and will become non-executive President of Piaget.

Under his leadership, the company became a leader in the high-end jewelry and watchmaking. He has built a strong network of 100 stores worldwide and invested significantly in Piaget’s two fully integrated manufactures.

Chabi Nouri is currently Managing Director for Marketing & Sales at Piaget, having joined in 2014. She will become CEO of Piaget on 1 April 2017. Prior to joining Piaget, Ms Nouri spent 6 years at British American Tobacco as Worldwide Director for the brand Vogue and more recently as Marketing and Sales Director for Switzerland and Austria. She had previously worked for 10 years at Cartier.

“Chabi has already had a strong impact, in particular in redeveloping successfully our jewelry business and repositioning the brand. While capitalising on its history and unique heritage; as well as leveraging its development strategy across the world and launch a new managerial dynamic. She brings a unique perspective to the Maison Piaget. Chabi is characterised by her passion for the profession and her rare energy. Under her leadership, the Maison will write a fascinating new chapter imbued with a unique and resolutely upbeat style” an official statement says. 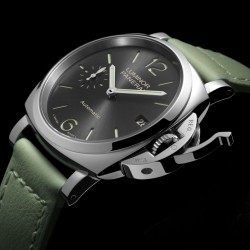